Sun City: Art, Community and Beyond

“What counts in life is not the mere fact that we have lived. It is what difference we have made to the lives of others that will determine the significance of the life we lead.”

In 2009, Cape Town-based artist, Chris Swift used discarded material to create the “SunStar” as a comment on environmental issues. On an educational visit to Robben Island, he noticed the historical prison fencing bound for a landfill. He acquired the Robben Island prison fence, which had been replaced with new fencing as part of a revamp for the 20th anniversary of the release of Nelson Mandela. This prison fence has come full circle, from holding captive the champions of human rights and democracy such as Nelson Mandela, Ahmed Kathrada, Walter Sisulu, Robert Sobukwe and many more, to become a beacon of hope for the future.

The “SunStar” sculpture commands attention and reflection at its permanent home at Sun City. The structure is in the form of an eight-point star, with the wiring from the Robben Island Fence filling the internal areas of the sphere. This historic material has been given an artistic casing and will be surrounded by a metal frame depicting the sun’s rays, coming together to form an eight-pointed star ensuring there is no negative environmental impact. Sun International sponsored the materials used in the design and construction of the structure.

The Sun City complex is right on the edge of Pilanesberg National Park, which sits in the crater of an extinct volcano. Next door to Sun City, wildlife roam free. Calling itself “a world within a city,” the Sun City resort complex includes The Palace of the Lost City, which has a “Black Panther” like legend associated with it and is said to have been the home of an ancient royal family. The myth claims the residence was destroyed by an earthquake but resurrected and refurbished in 1992 when the Palace of the Lost City opened. The building is beautiful, with design elements evoking the landscape and history of the continent. Africa’s famous wildlife is depicted in the design, including a 15-foot-tall sculpture of a famous elephant named Shawu.

The setting, service and ambience at The Palace of the Lost City conspire to treat you like royalty from happy arrival to reluctant departure. 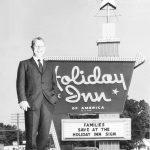 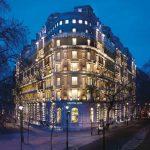