Ritzkrieg was a campaign through which socialite Londoners offered a peculiarly British form of resistance to demonstrate that Hitler was not sufficiently powerful to disrupt the rituals of cocktail hour. The grand hotels were sensible places to make such a stand and each one became a kind of Casablanca.

Spies, bombs and caviar were the stuff London hotels were made of in the First and Second World Wars. From losing staff to haemorrhaging money, to being taken over by the Government or to being converted into emergency accommodation…the hospitality scene in London changed overnight.

The Corinthia Hotel London shares such a history. It housed Great Britain’s government offices in World War I and World War II; it was an official spy agency, complete with secret tunnels that connected beneath London. Previously the Metropole Hotel, its purpose took a dramatic turn due to its location at the heart of power in London. Before becoming the Prime Minister, Winston Churchill worked in these offices and recounted looking out his window and watching hundreds of Londoners pour onto the streets to celebrate the end of the war while hearing the Big Ben chime in the background. During World War II, the hotel building was an office of the British secret service. If only the building could speak, it would have some great stories to narrate.

In 2008, Corinthia Hotel Group purchased the location and sought to bring the building back to its original function as an upscale hotel. The man who set out to bring more luxury to London’s 5* luxury hotels landscape was Alfred Pisani, the Group’s Chairman. His motto is “Doing it right” and “Uplifting lives” to generate a positive return.

Some of the original features of the Hotel Metropole were preserved and state-of-the-art upgrades were blended with the original features of a bygone era. The Corinthia Hotel London has redefined luxury in London with its iconic penthouses, suites, guest rooms, dining rooms and decks overlooking some of London’s iconic landmarks. It is also the venue for renowned Michelin-starred chef Tom Kerridge’s first London restaurant with a menu which harks back to classics with his take on the UK’s most celebrated dishes. 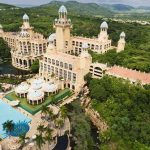 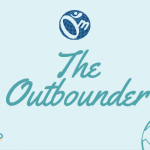