Time to adapt to the changes in business

Change is the only constant; it is inevitable. Progress is impossible without change. In the last decade, the hospitality business has witnessed many transitions, which is the vanguard of innovation and creativity. The hospitality business, in India and around the world, has metamorphosed at a rate and to a level that has far surpassed anyone’s expectations.

Previously, only five-star hotels were thought worthy of delivering any measure of service, safety and hygiene. The last decade saw the emergence of strong hotel chains and International hotel chains expanded their foot print in India. As brands became more prominent and acquired a corporate ownership, hotel managers focussed more on profitability and occupancy.

Numerous real estate companies decided to take a dip in these waters. There was a proliferation of good quality three and fourstar hotels which also emerged from strong brands. Strong brand differentiation evolved on the basis of the brand offer and promise due to which hotel companies realised the importance of budget, mid-level and luxury hotels in order to create and retain brand loyalty.

Brands and branding became important with more engagement on social media and websites becoming user friendly. Although loyalty programs made their debut well before the last decade, it was only in the last ten years that loyalty programs became an all important tool to retain customers. Indian customers travelled and stayed in hotels within India and internationally that would add to their tally of loyalty points earned.

A very significant development in the last ten years has been the genesis of new cities in India. At the turn of the century, as a company representing International hotel chains, we restricted ourselves to five or six key metros in India. As part of our tenth anniversary initiatives, 2011-12 saw us travelling to more than 29 cities. It took us into unchartered waters and opened up new cities for us to tap into. 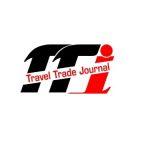