The Taste with VirSanghvi: Hotel spas are an expensive luxury, but are they worth the pain?

In this week’s column, Vir Sanghvi traces the history of hotel spas, and how they evolved from being strictly Western attractions to a lavish melding with Asian traditions. In the 1990s, few luxury hotels bragged much about their spas – even if they had them. Now, they can’t stop talking about them.

Think of a luxury hotel in the 1990s. Now think of one today — the same one, even. What are the differences? Well, the hotel is probably more tech-savvy now and brags about its Wifi speed. And it charges rates that would have been regarded as unimaginable and excessive until well into this century. 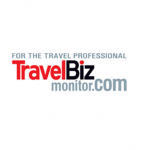 Time to adapt to the changes in businessArticles