Meliá Hotels International: The most sustainable hotel company in Spain and Europe for the Third Consecutive Year

By admin
Posted February 4, 2022
In Articles
Meliá Hotels International: The most sustainable hotel company in Spain and Europe for the Third Consecutive Year2022-02-042022-02-05https://outboundmarketingindia.com/wp-content/uploads/2017/03/logo-new-2.pngOutbound Marketinghttps://outboundmarketingindia.com/wp-content/uploads/2022/02/hospibuz-2.jpg200px200px
0

The company is also the second in the world ranking prepared by S&P Global, the sustainable investment agency that evaluates companies in the Dow Jones Sustainability Index

Meliá Hotels International has once again been recognised as a leader in sustainability in the hotel industry. Despite the profound impact of the pandemic on the travel industry, Spain’s largest hotel company has continued to strengthen its commitment to help combat climate change and preserve the future of travel destinations.

The S&P Global Corporate Sustainability Assessment (CSA) is the most comprehensive assessment in the world of the performance in sustainability of more than 10,000 companies across all industries. In 2019 and 2020, Meliá ranked first in the global hotel industry, and in 2021 maintains its leadership in Europe and Spain. In particular, the company leads the world in the Governance and Economic dimension, once again achieving the top score among all the companies evaluated in terms of Climate Strategy.

“With a global presence on four continents, we are committed to working towards a new sustainable and responsible hospitality model, increasing the contribution of the industry to society and helping protect the planet. We are very proud that Meliá is the brand that is leading this transformation and that we are seen as a benchmark for sustainability in the world, given that this will be key to the tourism of the future”,

Leader in the Environmental dimension

As part of its environmental commitment, Meliá is making steady progress towards decarbonising hotels as a strategic priority. In 2015 it signed up to the commitments defined at COP21 in Paris, updating them after the Katowice summit to limit the average increase in global temperature to less than 1.5º. To help achieve this, the company is working in several different areas, beginning with the design and construction of more efficient and sustainable hotels, as well as several projects to reduce its carbon footprint. Over the last 5 years, investments in implementing sustainable criteria have amounted to 25 million euros, including the development of the CO2PERATE project to improve energy and water management in hotels through the use of artificial intelligence, and also increasing its purchases of clean energy. 61% of the hotel portfolio currently uses renewable energy sources (100% in Spain, France, Italy, Germany and the United Kingdom).

With regard to waste management, in 2018 Meliá created a roadmap to eliminate single-use plastics and is currently participating in a pilot project to create a circular hotel economy in Mallorca, transforming organic waste into compost to be donated to local farmers and later buying produce from them. To reduce food waste, Meliá is using technologies such as Leanpath, which allows the registration and monitoring of organic waste and the adoption of measures to reduce food waste by up to 30%.

Positioning in the Social and Governance dimensions

The S&P Global assessment also includes other criteria that evaluate Meliá’s performance in the social dimension and governance and economic dimension, the latter being the area in which it has made the most progress thanks to greater transparency and rigour in good governance and ESG risk management, amongst others, becoming one of the companies with the best practices in this area.

The company also performs well in the management of human capital, where it has continued to promote diversity, equality and inclusion. One of the highlights in this area is its participation in Closingap, a cluster of Spanish companies formed in 2018 to provide greater visibility for the contribution of economic and social value made by women. Also of note is its recent partnership with the “CEO for diversity” project supported by the CEOE Foundation and the Adecco Foundation. 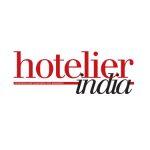