During 2018, some 762 pupils and 14 teachers at Buwambo Primary School in Uganda have Corinthia Hotels to thank for clean, safe water and an end to their daily 1.5km walk to fetch water.

Corinthia Hotels, the collection of luxury hotels around the world, prides itself on robust CSR credentials, and the Ugandan example is just one of many achieved through the company’s Premier Partnership with international water-aid charity Just A Drop.

At Buwambo Primary School in Uganda, Corinthia Hotels has brought clean, safe water and sanitation to the pupils and teachers by constructing a 30,000-litre water storage tank to collect safe water through the rainy season, a gender-sensitive latrine block, including urinals and washroom, and conducted WASH (Water, Sanitation and Hygiene) education.

Previously, pupils were collecting water from a shallow well which was 1.5km away from the school. Pupils were regularly missing lessons to go and collect water from the well and then carrying it back up the hill to school.

Over the years Corinthia Hotels has benefitted over 40,000 people through its support of Just a Drop, across seven projects in three countries (Uganda, Zambia and Tanzania).

Corinthia’s chairman, Alfred Pisani, says of the initiative: “The results have positively touched the lives and futures of so many. We are pleased to continue our work with the Just a Drop team, which has become a benchmark for the travel industry in caring for the very communities around the world that host our guests.”

Corinthia’s environmental sustainability is championed not only through its support of Just A Drop but through eco-friendly policies within the hotels. The group’s philosophy is to become a more environmentally-conscious business while technological improvements are allowing it to protect the environment and be economically efficient at the same time.

It began at Corinthia Hotel Lisbon 13 years ago and was recognised for its efforts in 2013 when the hotel was awarded the Western Europe Energy Project of the Year. The Lisbon hotel initiatives have become a source of inspiration for the other Corinthia Hotels in the group.

Corinthia is a global collection of luxury five-star hotels founded by the Pisani family of Malta in 1962. Since 2000, Corinthia has evolved into a multifaceted public company, trading as International Hotel Investments (IHI) plc, which is the owner, developer and operator of Corinthia Hotels and commercial real estate worldwide. Guided by family values and inspired by the core principles underpinning the Spirit of Corinthia – authenticity, passion, precision and understanding – our focus is on ensuring craftsmanship in the hospitality world and delivering honest, discreet service. Each of Corinthia’s hotels and resorts, in some of the most exciting cities in the world, are a tribute to architectural grandeur and cultural traditions. The Corinthia portfolio features the flagship Corinthia Hotel & Residences in London, as well as award-winning Corinthia Hotels in Budapest, Malta, St Petersburg, Prague, Lisbon, Khartoum and Tripoli. Corinthia recently also announced the acquisition and redevelopment of the landmark Grand Hotel Astoria in Brussels, to be relaunched as a Corinthia Hotel and opening in 2021, as well a new luxury beach resort under construction by the Meydan Group in Dubai, to be known as the Corinthia at Meydan Beach, due to open in 2020. For more information, visit corinthia.com or visit Twitter @CorinthiaHotels or Instagram @corinthiahotels 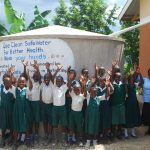 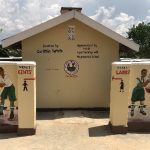 Notice: Trying to access array offset on value of type null in /home/outbound/public_html/wp-content/themes/jupiter/views/blog/components/blog-single-about-author.php on line 18 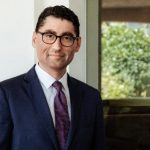 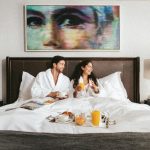