How to spend five exciting days in Prague

A definite bucket-lister for any intrepid traveller is the real-life aerial view of Prague. As soft rays bounce off those orange-golden rooftops, you’ll feel your senses melt along with the motion of light, shadows and saffron hues. Femina brings an enticing itinerary of Prague to compel you into hopping on that next flight to the city of a hundred spires, a thousand stories and a gazillion selfies.

Rumour has it that Hitler spared Prague because of its breathtaking beauty. Doubt, if you must, the veracity of that theory but the one thing you can’t question is the stunning vistas this city delivers. Czech Republic’s capital doesn’t do things by half measures when it comes to painting views that make time stand still. In fact, Praha or Prague follows the double-is-better diktat symbolised in the country’s coat of arms with its two-tailed lion, as well as in the oft-spotted insignia of the two-headed eagle. The majestic crowned lion and his double tail also represent the dichotomy of the land’s culture, milieu and architecture.

To be sure, the architecture of the city is predominantly Romanesque, with plenty of Gothic and Baroque flair, but here and there, it throws you with straight lines and a decidedly more Communist aesthetic. Famously referred to as the city of a hundred spires, Prague has witnessed many regime changes and a history riddled with rulers riding roughshod to further their own empires—everything from the Seven Year War to the Velvet Revolution is part of this violent tapestry—but each epoch left landmarks that take us back in time.

My tryst with Prague was a full five-day affair. A bewitching city, a fantastic hotel, a scary driver who refused to wear his seatbelt— the land of stories lived up to its name. Here, then, is my report. 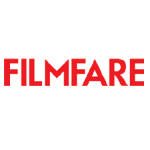