When east is west – Vir Sanghvi One of the filming locations of Game of Thrones in Dubrovnik, Croatia(Shutterstock)

The hot new destination for a certain kind of Indian traveller is Croatia. The boom in Indian tourists has surprised the Croats who are generally unsurprised by a flow of new arrivals. Ever since Croatia became one of the locations for the TV show Game of Thrones, tourists from all over the world have flocked to its sights and the Croats, who were noted for the disgusting quality of their hotels and their restaurants, have suddenly had to get their act together.

But what intrigues Croats about Indian tourists is that they don’t appear to be Game of Thrones fans. Mention Khaleesi and they look uncomprehending. Talk about the King’s Landing scenes shot in the Croatian city of Dubrovnik and they have no clue what you are referring to.

So why are so many Indians going to Croatia? Well, the short answer appears to be that, like the Japanese, we travel in herds. Once a destination becomes popular, hordes of Indians will descend upon it.

Exotic! Check out all the inside pictures of Priyanka Chopra’s latest Filmfare shoot – Innside by Melia New York NomadArticles 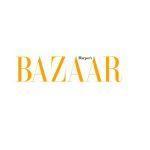