A hat trick of awards for Corinthia Hotel Budapest

In a gala ceremony in April, the hotel scooped the following three awards:

Corinthia Hotel Budapest is one of the grandest hotels in the city. An historical building with neo-classical facade, it offers guests stylish rooms and suites, premium restaurants, great conference areas, a Grand Ballroom and Royal Spa, the hotel’s original 19th century spa, magnificently restored and managed by ESPA.

First opened in 1896 as the Grand Hotel Royal, Corinthia Hotel Budapest remains one of the grandest hotels in the city. This impressive landmark, with an imposing Neo-classical façade and soaring six-storey glass atrium, was meticulously renovated in 2003, following its acquisition by Corinthia Hotels. It houses 438 luxurious rooms, including 31 suites and 26 apartments. Through its architecture and interior design, the hotel offers glimpses of a bygone age, and the building’s rich history seamlessly blends with state-of-the-art facilities and modern technology. The hotel’s original nineteenth-century Spa has been restored to reflect its former grandeur, while simultaneously offering ESPA’s cutting-edge treatments and technologies. Corinthia Budapest boasts the largest conference facilities of any of Hungary’s five star hotels. From authentic Far Eastern cuisine at the Rickshaw Restaurant, to jaw-dropping molecular and modernist dishes at Caviar and Bull, every palate is catered for at the hotel’s four elegant eateries and two destination bars. Corinthia Budapest is a 21st-century grand hotel located in the heart of Budapest, created by experts with a passion for craftsmanship and an understanding of world-class service. Corinthia Budapest is an award-winning member of Corinthia Hotels’ collection of five-star hotels founded by the Pisani family of Malta. For more information, visit corinthia.com/budapest or visit Twitter @corinthiabud or Instagram @corinthiabud 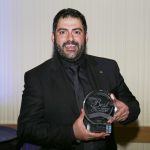 L to r: Anikó Nagy, Director of Government and Diplomatic Sales at Corinthia Budapest, and Marvin Gauci of Caviar & Bull 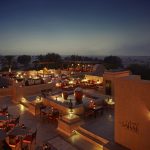 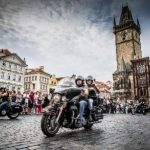