25 years of The Table Bay Hotel

A dockyard hotel becomes the best address in Cape Town Sun International’s iconic hotel, The Table Bay hotel, celebrates its 25th anniversary and recalls its extraordinary memories in the city of Cape Town.

As the tourism industry revives after its 2 years of resumption, the hotel industry in the city of Cape Town have also started recovering along with it. The Table Bay hotel, one of the most famous hotels in the city has seen a steady increase in its bookings with this recovery and believes it is another factor to celebrate as the hotel commemorates its 25th birthday.

Sun International’s iconic hotel, The Table Bay hotel, was officially opened by Nobel laureate and South Africa’s first Black President Nelson Mandela on May 30,1997. Since then the property has become an icon of elegance and luxury, acquiring a string of local and international recognition over the years for its excellent service and the warmth of its welcome.

In 1997, when some people showed doubts about a premium hotel being built in a gritty working harbour, especially the V&A Waterfront, Sun International disagreed and proved them all wrong when the destination went on to become one of the most bustling, and world-famous as it is in the current era. 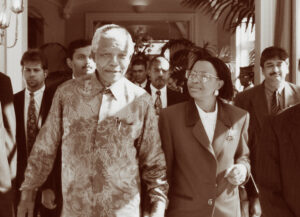 “Right from the start, we saw the potential in establishing a world-class hotel in the heart of what we recognised would be a rapidly evolving tourism destination. Today we are envied for having the best address in Cape Town,” says Anthony Leeming, CEO, Sun International.

Former Sun International CEO, Sol Kerzner had remained adamant and believed that The Table Bay hotel had to be built at an angle, facing Table Mountain head on. Now, from the opposite angle, the hotel offers equally beautiful unobstructed views across Table Bay, all the way to Robben Island and beyond.

David Green, CEO of the V&A Waterfront, congratulated the hotel on its 25th year anniversary milestone. He said it took vision and foresight of the founders of The Table Bay hotel to create the hotel in the first place and to develop it into one of the iconic hotels of Cape Town and South Africa that has won several awards and has known to host dignitaries and international celebrities with excellence.

Having been shut down for a prolong period due to the lockdowns following the Covid-19 pandemic, the hotel has since reopened and is picking up traffic again. “In 2020, for the first time in our 25 year history we were closed for seven months due to the lockdown, but despite the temporary closure, we were committed to retain as many of our staff as possible and it’s heartening to celebrate our silver anniversary with them,” says Joanne Selby The Table Bay hotel’s General Manager.

International travel now has picked up from USA, UK and Europe in 2022, with a significant increase in business from other African countries.

According to a press release, The Table Bay hotel embraces international 5-star standards but has always managed to mix it with a local twist and remain authentically South African.

The City of Cape Town’s Mayoral Committee Member for Economic Growth, Alderman James Vos, also congratulated the hotel and stressed that the hospitality industry had faced many challenges over the years from the 2008 global financial crisis, to the drought in the Mother City a few years ago, and of course the Covid-19 too. But brands such as The Table Bay hotel have managed to storm through these situations with hard work and team spirit.  The Mayor added that he was excited about the future of tourism in Cape Town and wished to see what the hotel will bring to the city’s communities.

The hotel commemorates notable past guests with a plaque at the base of a bronze statue of Oscar, a real Cape fur seal who, despite never having been a guest in the hotel, remains its most beloved patron.

“Oscar was a regular visitor to Jetty 2 outside our hotel where he developed an unlikely friendship with a fisherman who would share part of his daily catch with Oscar. Fur seals are the clowns of the sea and that description epitomised Oscar. Staff and guests all loved him and he still holds a very special place in our hearts. Guests will see Oscar honoured in many forms from his statue to even our logo,” adds Selby.

Some of the famous guests who have stayed in the hotel even include kings and queens such as King Harold and Queen Sonja of Norway, Mohammed V1 King of Morocco and Prince Albert of Monaco. Among the heads of state to visit were former President Nelson Mandela, French President Jacques Chirac and President Barack Obama who first visited as a Senator, and later when he became President.

Most recently, South Africa’s own Miss Universe Zozibini Tunzi, joined this stellar list of famous guests and is now honoured with her own plaque of fame at Oscar’s statue. 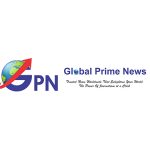